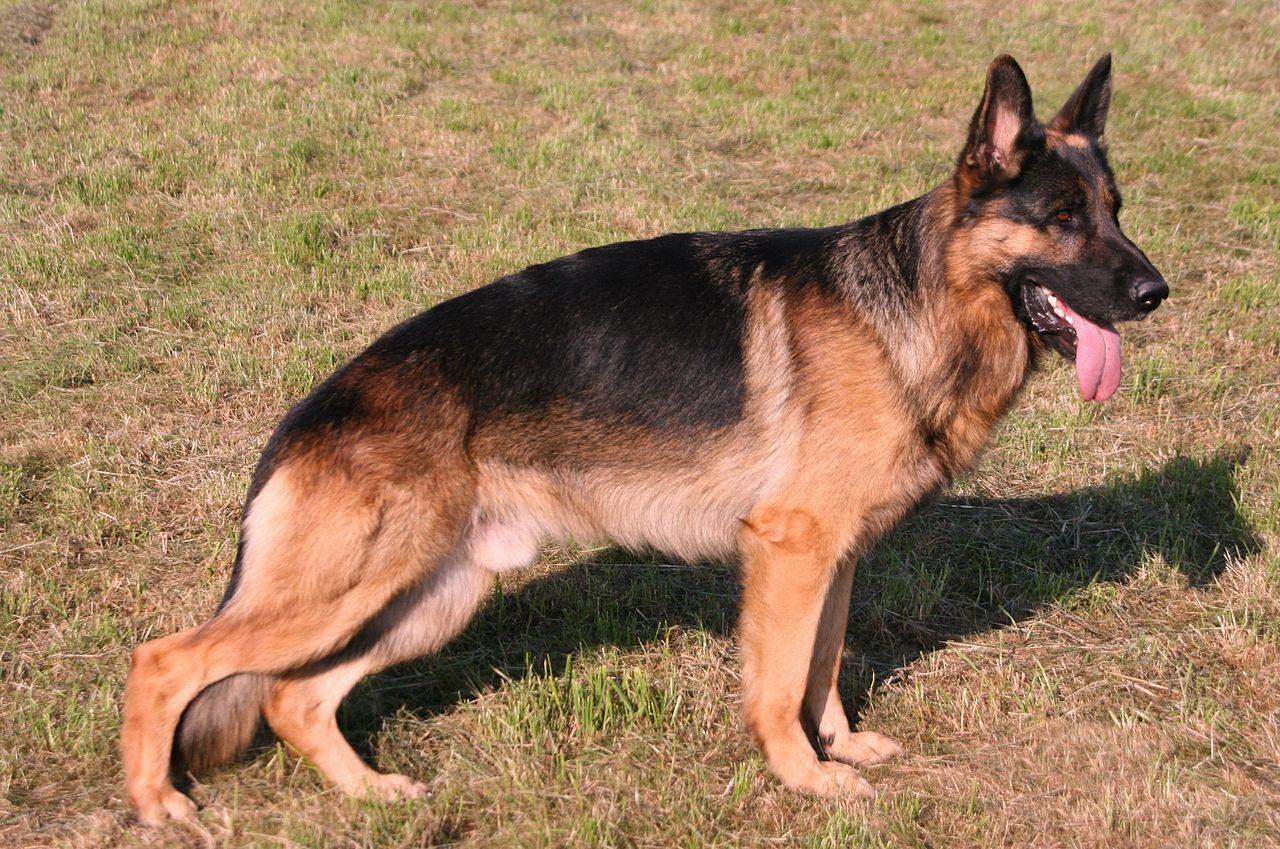 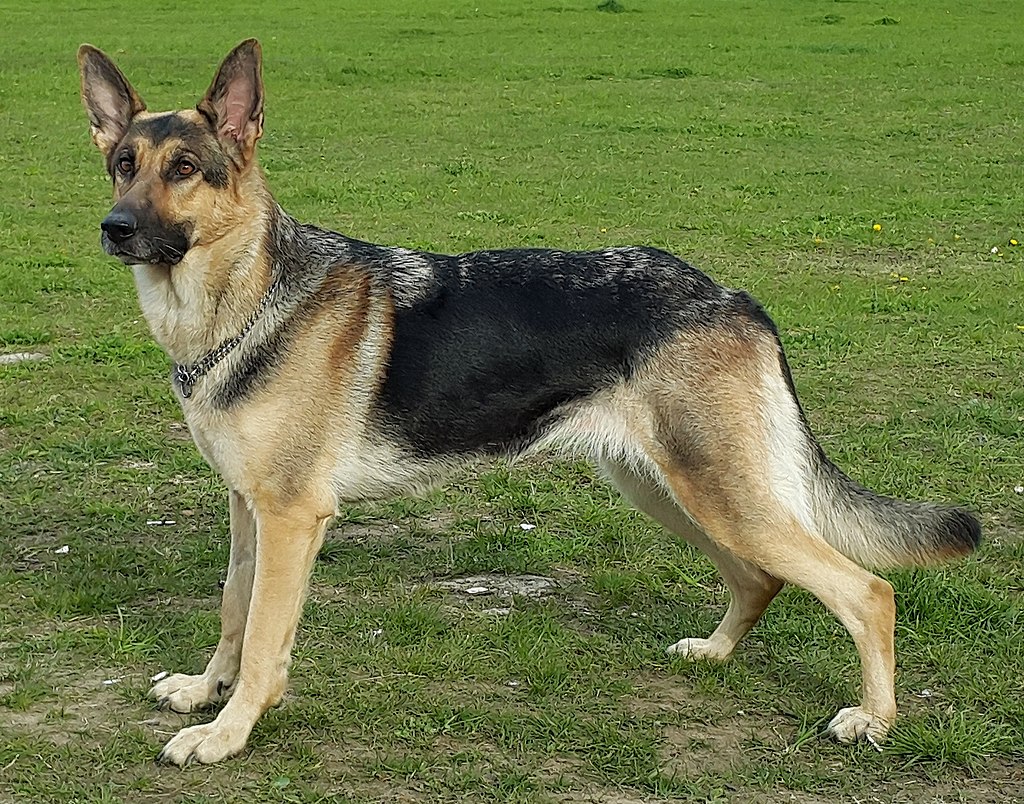 The shepherd is a big dog which, as the name plainly states, has its origins in Germany. The main use of the dog breed is also in its name; its first recorded use was for sheep herding. However, its uses have diversified over time due to its strength and versatility.

The dog is the same breed referred to as the Alsatian, and there is an interesting theory. It is said that after the First World War, the British did not want to have a dog with the name ‘German,’ so they picked Alsatian. The name Alsatian lasted until well after the Second World War, but they later reverted to the original name. A few people here and there, however, still sentimentally use the name Alsatian to refer to the German Shepherd.

By all standards, the German Shepherd is a big dog. Official records, however, classify it as ‘medium-to-large-sized.’ The dog can weigh anywhere between 20 and 40 kilograms and grow to a height of between 55 and 60 centimetres. Males are usually bigger and heavier than females.

The German shepherd has a double coat of fur, which means it possesses an inner soft coat and tough fur on t 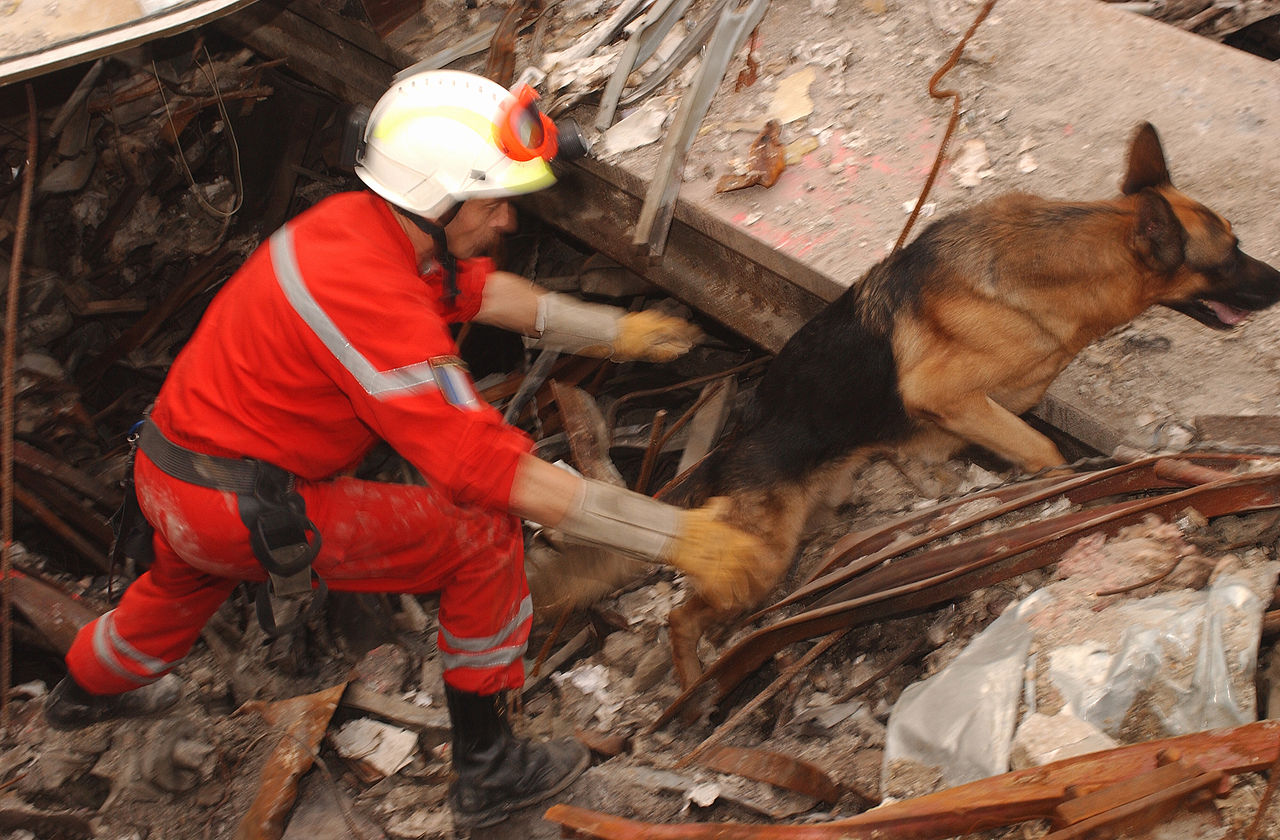 he outside. They can live for close to fifteen years with good care, with females giving birth to a litter of between four and nine puppies.

By appearance, German shepherds have a fluffy brown tan colour on the neck and black colour on the back. Their back legs are slightly shorter than the front ones, something that gives prominence to their alertness. They are among the strongest and most attractive dog breeds.

The German Shepherd is a friendly dog, but that depends on who is talking. It relates well with al people it is familiar with, both adults and children, but it can often get cross with strangers. It is easy to train, another factor that makes it usable in roles like guarding, guiding and playing.

It is a very active dog and won’t respond very well to lazy cuddling sessions. There are often debates on whether it is better to pick a male or female German Shepherd Dog (GSD), but preference is the key guiding factor here. Their feeding (2-3 cups a day) and general care are pretty similar.

Common Dog Ailments and How To Manage Them
The Labrador Retriever